Too Young, So Much Promise: Why Are We Losing People Like Harley Balic? 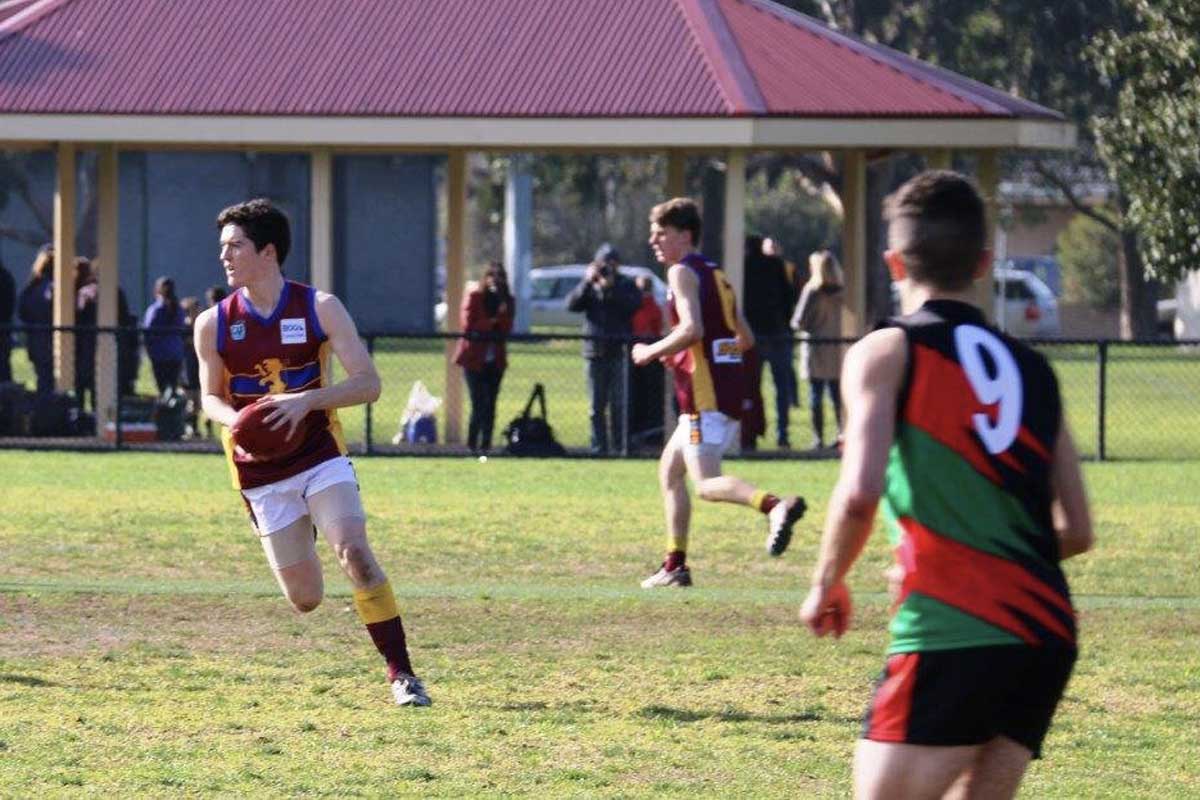 Last week, I heard some deeply unsettling news. Harley Balic, a young guy I played junior football against, had lost his life at the age of 25.

I didn’t know Harley on a personal level, but I knew what he stood for on the football field. Our teams squared off against each other in the Under 16s (that's me in the photo above). The only games either side lost that season were against each other. This culminated in a grand final match up which Harley’s side went on to win.

From that day, it was clear to me where his career was heading. He was one of the most talented players I had seen at local level, and it was no surprise when a few years later he got drafted to Fremantle.

Naturally, over the years, I followed his career – he seemed destined for the kind of success most of us can only dream about. So, I was gobsmacked when, in 2018, I heard the news that he had retired. The reason, or so it was reported, was due to a “loss of passion for the game” and mental health struggles.

This really got me thinking, “What’s happened here? How did things go off the rails with that kind of talent?”

From someone like me, similar age, similar interests, I have some understanding of how hard it can be living up to the kind of expectations Harley faced (true, of course, for anyone in the public eye). It’s hard enough – for most of us – just dealing with the more mundane expectations placed on adolescents in that transition to adulthood and into the world of work.

The football clubs that I’ve been a part of are no different to any other. But too many, that I’ve observed, are built on unhealthy cultures around alcohol, and, in some, where drugs are also present.  It’s the sort of environment where the bloke who can drink the most beers for that night is labelled “best on ground”.

In this environment, mental illness and addiction are touched on rarely, if at all. And why, in this kind of culture, would anyone put a hand up when things aren’t ok, to reach out and say, “hey mate, I need some help here”?

What happened to Harley Balic; what might have been done differently for this talented prodigy and where was he failed?

We perhaps will never know, but I do know what it’s like to struggle with mental illness, and the feelings of shame and helplessness if anyone close to me were to ever find out.

It is simply true that far too often, our young men (and women) get stuck in a hole. And mental health struggles, the weight of expectation and the ready availability of alcohol and drugs can create dangerous environments that can consume even the best and brightest among us.

This is a societal problem, and in this, we all have a role to play.

At ADA Australia, we know that a shift in attitude is required, and we’re ready to see some change. Behind the loss of Harley Balic is a whole lot of pain: too young, too talented, so much promise now lost. The sadness of his last hours are unimaginable. It is what motivates us and why we’re so committed to getting our message through our training to all the other young Harleys out there.

An ADA Australia training program at your club (or to your young apprentices) can be a first step to getting ‘the culture’ around alcohol and drugs right. The program is designed to provide younger workers and sportspeople with information, insights and awareness around alcohol, drugs and mental health. It also provides important insights around creating and fostering healthy environments and of the importance of reaching for help when help is needed.

If you’d like to learn more about this program, or any of the other training programs we offer, please call ADA Australia on 1300 378 429 or email: enquiry@adaaus.com.au

‍Additionally, If this information raised any concerns for you, please do speak to your GP, they can help you back to good health, or call a helpline: LIFELINE 13 11 14 or BeyondBlue 1300 22 4636.