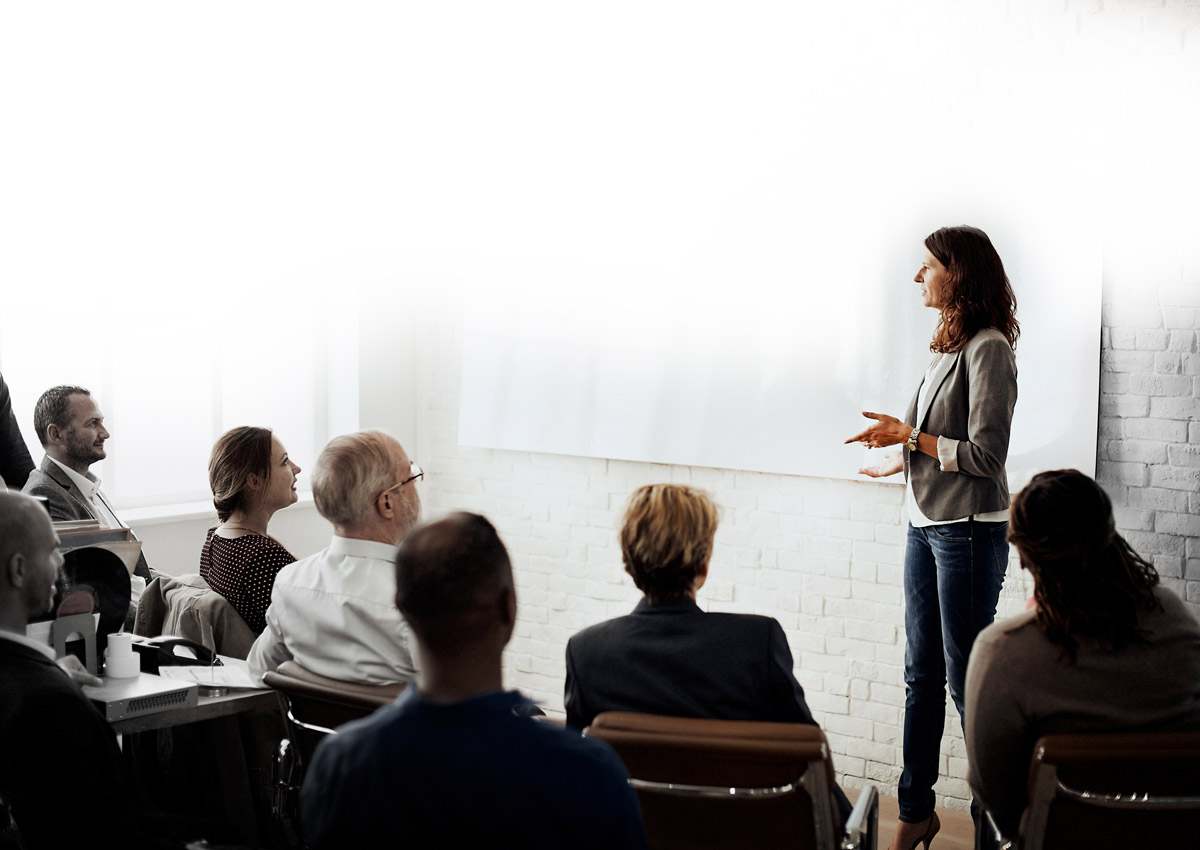 (The National Treatment Framework complements the National Drug Strategy. The implementation and monitoring of the NTF, along with all national strategies, is the responsibility of the Ministerial Drug and Alcohol Forum. The Ministerial Drug and Alcohol Forum reports directly to the Council of Australian Governments (COAG) and consists of the health and justice Ministers across Australia.)

The text of our submission follows:

Submission to The National Treatment Framework

ADA AUSTRALIA WELCOMES the opportunity to contribute via this submission to the National Treatment Framework, Version 3.

ADA Australia provides alcohol and drug awareness training and workshops predominantly to people in work. The primary thrust of this activity is to build awareness of the short and long-term negative effects of these substances on bodily systems, judgment and capabilities, their detection periods and how their use can compromise health and safety obligations (under a Work Health and Safety Management Plan and Workplace Drug and Alcohol Policy).

ADA Australia also provides this training to younger ‘beginning workers’, to apprentices and trainees in the trade sector.

It is also now working with key unions and NGOs on an expanded training offering that takes a ‘front foot’ approach to the prevention of mental injury at work, on recognising signs of psychological distress and mood-affective and substance disorders, and on fostering supportive workplace cultures, work environments and work systems for better mental health outcomes.

Importantly, and uniquely, all ADA Australia trainers have ‘lived experience’ of dependence and addiction: each has found the long path back to good health and wellbeing, bringing special insights to the training and other services ADA Australia offers.

Coupled with these offerings, ADA Australia also provides a free phone-help and advice service, manned by qualified and experienced support workers and available to all workshop attendees, to ADA Australia affiliate partners and clients, and to their families.

Our approach to this submission is to address particular key elements (but not all elements) in each of the stated pillars guiding the framework, and to provide recommendations against each.

NTF – Pillar one • “Supply reduction: Preventing, stopping, disrupting or otherwise reducing the production and supply of illegal drugs; and controlling, managing and/or regulating the availability of legal drugs”

IT IS THE VIEW of ADA Australia that drug use by individuals is powerfully influenced by ‘pull’ factors relating to social, familial and cultural modelling and conditioning, peer attitudes and activities, and the perpetuation and celebration of archetypal stereotypes – of sports stars, by pop culture representation, by normalisation through film and media representation, by advertising and marketing stereotypes – around the use and misuse of drink and drugs.

It is simply fact that drug and alcohol use is casually normalised across Australian society and, through the ubiquitous imagery painted around it, just as casually modelled to children and adolescents.

And, while ‘ease-of-supply’ factors demonstrably play a role in the availability of particular substances, and on the introduction of new substances (such as Fentanyl and synthetic cannabinoids) into the Australia drug market, the existence and activities of criminals and criminal production (and the ready availability of illicit substances) does not explain the existence of a willing market.

People – adolescents, adults – take their first drug because they want to, despite information that may be available to them as to the negative consequences of such an action. And those continuing to use drugs do so because when facing the choice, they choose to use. Again, despite the negative consequences – such as dependence and the risk of addiction (and the attendant risks of financial chaos, family turmoil, rejection, and social stigmatising, among other consequences of this activity) – some choose to continue to repeat the action until that choice is lost to compulsion.

The role of mental ill-health in making the choice to use – of “push factors” such as anxiety, depression, bi-polar disorder, thoughts of self-harm, and other mood-affective disorders – and of social factors (such as family dysfunction, violence, disadvantage, poverty, homelessness) is well-understood and well-documented by clinicians, but, apparently and evidentially, less well-understood by decision makers, by law enforcement, by a media commentariat and by the community generally.

The evidence of the willing market points to the folly behind ‘law enforcement’ approaches to the problem and the vast sums invested in policing and incarceration. Indeed, the thinking that the blunt instrument of law enforcement can arrest its way to a solution is unworthy of a modern, informed and compassionate society.

An enforcement approach makes criminals of ordinary people – of good people – makes criminals of people suffering mental ill-health, and puts people in gaol who simply should not be there. The criminal justice system is not the appropriate lever to bring about the cultural and behavioural change it seeks to bring. It can, in fact, wreck the lives of those it seeks to protect.

It is the view of ADA Australia that a significant portion of the billions allocated through state and federal budgets to incarceration and law enforcement may be better directed to the funding of diversion programs, of support services for families, for in-patient and out-patient drug and alcohol support, for more robust, court enforced, halfway programs and education programs, for addressing homelessness and disadvantage, for educating families for better parental modelling,

Cultural, attitudinal and behavioural change won’t be achieved without a sufficient and significant war chest, and a significant change of approach.

ADA Australia Recommendations Re “Pillar One”:

IT IS THE VIEW OF ADA AUSTRALIA that an approach with the goal-driven objective of ‘support’, properly financed, reaching into every community, is the more effective lever in seeking to weaken a resilient ‘demand-led’ market and will more effectively “disrupt and otherwise reduce the production and supply of illegal drugs”.

IT IS THE VIEW of ADA Australia that “delaying the onset of use of alcohol, tobacco and other drugs” begins with family and cultural attitudes and modelling of the use of these substances. The habits, practices and behaviours modelled by adults are determinant factors in the attitudes of children and adolescents and strongly predictive of the habits, practices and behaviours they adopt.

This view is supported by research in Australia and overseas which demonstrates that “social factors such as modelling of a behaviour by parents, siblings, peers or friends, perceived norms of behaviour (…) are associated with youth substance use”. (Social Norms in the Development of Adolescent Substance Use: A Longitudinal Analysis of the International Youth Development Study; Marla E. Eisenberg et al, www.ncbi.nlm.nih.gov)

In this, while recognising the role of mental disorder (of anxiety, depression and other mood-affective disorders) and of other negative influences such as troubled relationships, sexual abuse, neglect, dysfunctional home life, etc. in the adolescent decision-making journey into illicit drug use (and of the seeking of relief through self-medication), it is the view of ADA Australia that the misuse of alcohol is commonly inseparable from rather than adjunctive to this journey.

It is also the view of ADA Australia that the ubiquitous promotion and presentation of alcohol, the socio-cultural normalisation of heavy drinking in Australia, the ready availability of alcohol, and the incidence of heavy episodic drinking among adolescents, is strongly linked to all forms of substance use. (NOTE: ADA Australia is conducting a research project examining causal and incidental links between binge drinking and initiation into drug use by adolescents.)

Survey results from The Australian National Drug Strategy Household Survey showed that one-in-six (17.4%) Australians had put themselves or others at risk of harm while under the influence of alcohol in the previous 12 months.

And, among under-age young people, almost half of all Australian secondary students aged 12–17 years have consumed alcohol, with 36 percent of 17-year-olds having consumed alcohol in the week previous (compared with seven percent having used cannabis in the month previous). (SOURCE: The Australian National Drug Strategy Household Survey – 2016)

IT IS THE VIEW OF ADA AUSTRALIA that, given the nexus between alcohol misuse and substance misuse more generally, better regulation, curtailment and restriction of alcohol advertising (modelled on the regulatory approach taken to cigarette advertising) will “delay the onset of use of alcohol, tobacco and other drugs (and) reduce the misuse of alcohol, tobacco and other drugs in the community”.

NTF – Pillar Three • Harm reduction: Reducing the adverse health, social and economic consequences of the use of drugs, for the user, their families and the wider community.

IT IS THE VIEW of ADA Australia that harm reduction – “improving health, social and emotional wellbeing” – begins in the home. The very strong connection between ‘adverse childhood experiences’ and a predisposition to future mental ill-health, life-long emotional scarring and substance use disorders is well-established (Dr Vincent Felitti’s pivotal study).

Resilience to the development of substance disorders begins with a healthy, safe and stable home environment.

Why, then, do we spend so much on law enforcement and incarceration when we have such strong evidence that giving support to families, to child protection, to tackling disadvantage, to homelessness, to assisting single mothers, to providing education and rehabilitation, will provide better health and community outcomes while simultaneously curtailing opportunity for criminal exploitation of an industry we don’t need to have?

To this end, schools and support providers such as CentreLink, NGOs and charities may be utilised to assist in the identification of families and individuals at risk to enable access to assistance – tailored to the identified need – for better health outcomes.

It is also ADA Australia’s view that drug and alcohol training at the workplace – in particular, for younger workers entering the workforce – be more widely supported, recognised and embraced by government and regulators.

Besides the negative impact of these substances on safe work practices and on the health and wellbeing of individuals, many are unaware of detection periods relating to use, of the impact on vital organs and of the long-term negative health impacts of these substances.

It is ADA Australia’s view that the workplace, because it absorbs so much of people’s lives, and because of the sanctions that can be applied due to breaches of drug and alcohol policies, can be a powerful influence over the behaviours and attitudes of individuals around these substances.

It can also, in a supportive workplace environment, exert a positive influence over individuals who may be struggling with substance disorders (or other mental disorders), and encourage them – with support – to seek the help they need to return to good health. (Disclosure: ADA Australia offers drug and alcohol awareness training to workplaces.)

For younger workers, in particular, such training can provide ‘context’ for DOA education programs they may have received while at school, and can reinforce the health message at a time of uncertainty and vulnerability.

It also comes at a time when they are legally able to drink, are mobile, are perhaps most influenced by adults with whom they work, may also be searching for identity and acknowledgment in an adult world, and, for most, suddenly have the means to support increased use of these substances.

IT IS THE VIEW OF ADA AUSTRALIA that harm reduction with a view to “improving health, social and emotional wellbeing” begins in the home. The health and wellbeing of Australian families should therefore be the primary objective when seeking to address mental health and wellbeing and the incidence of substance use disorders.

It is also the view of ADA Australia that the workplace can exert a powerful influence over attitudes and behaviours, and, thus, that workplace training is a logical step in raising awareness of the dangers and negative health effects of substance use, and of raising community awareness and knowledge around these substances.